Day 18 brings us a 6x6 Mercedes G from the 1986 Dakar, and another creation from Christian de Leotard, who I spoke about in my previous post. Christian was the driver of the Renault 5 6x6 and was the co-driver for one of his first 6x6 Mercedes G series.
The early years of the Dakar, anything goes, multi axle cars, Vespa scooters, Ugly Ducklings, in the mid 1980s you could see the weirdest racing vehicles lined up at the start.
For a bit of normalcy, you can just build your own 6x6 G-class Mercedes, one in easy and one in complex versions. 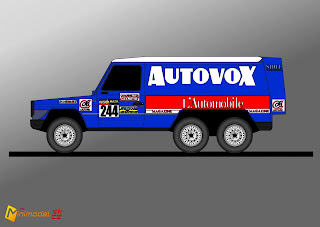 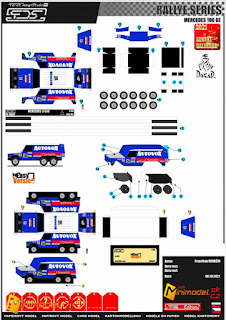