Day 23 gifts us the Steyr Pinzgauer 6x6, this particular version was a support vehicle, distinguished by the background on the number sticker being blue instead of white, as the truck provided assistance to a motorcycle team for 1983, and in 1982 had to abandon the race as a competitor.
In the case of the model, you only get one version, the complex version to build.  You might find some visual similarities with the Volvo C303, both platforms are from the same time frame, late 1960s early 1970s, where many European militaries had home grown light and medium duty off road trucks. And both platforms became popular in the off road camping and cruising crowd, and still popular to this day. 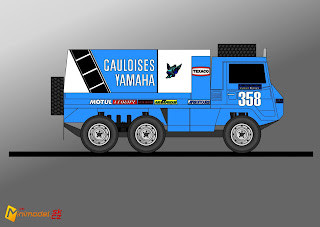 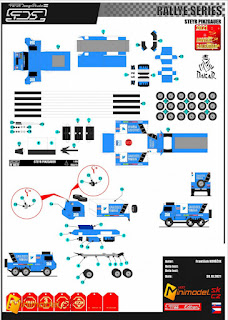