Day 20 presents us with the #614 Unimog which won the overall Truck category in the 1985 Dakar. In every Dakar since 1979 there has been at least one Unimog at the start line, either as a race competitor or as a support vehicle for motor cycles or cars.
The Capito brothers from Germany had experienced the Legend of the Dakar in previous years, finishing the race on a motorcycle, and having to abandon the race due to mechanical issues, and ultimately victory in the Under 10 Ton class, and the overall victory in the Truck category, with Jan de Rooy in 2nd overall, 1st in the Over 10 Ton class, in the DAF 3300 named The Bull.
The kit version of the #614 Unimog consists of 2 sheets, one with parts, and one with building instructions. 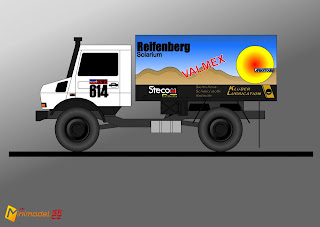 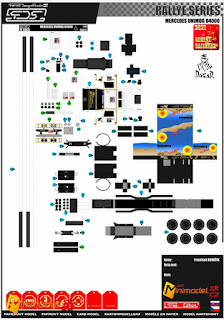 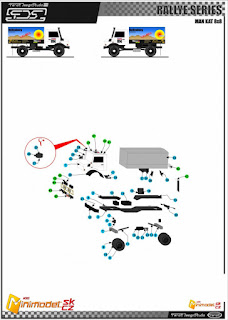