Day 21 is probably my most favorite Dakar race car, even ahead of the Porsche 959, the Peugeot 205 T16,  was a great Group B rally car when it competed in the World Rally Championship in the mid 1980's.  After the banning of the Group B cars, Peugeot decided to turn their attention to the Dakar, and in 1987 lined up at the starting line of the Dakar with a 3 car team, including WRC champion Ari Vatanen.
You can build 2 versions of this Overall Dakar winner for 1987, in the easy and complex version. 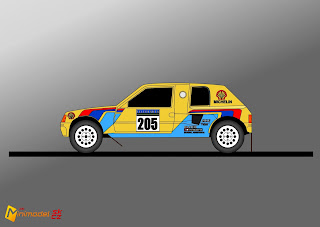 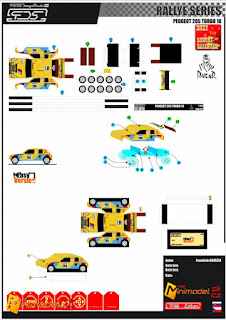